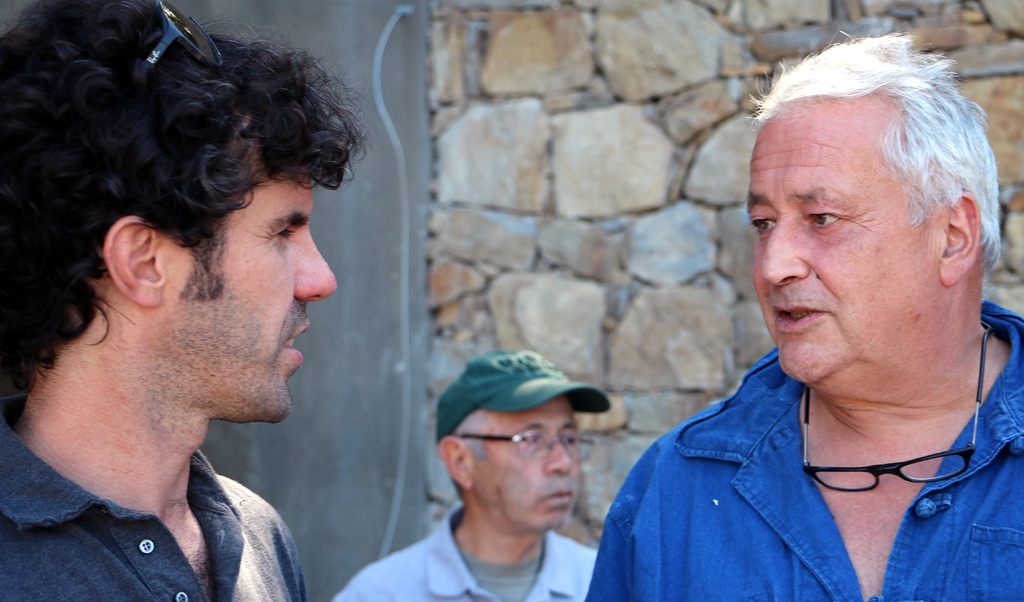 Even though operated on a shoe string, the gallery turned in a rather short time into a miniature art space and platform for international artists focusing on reductive and abstract art, which at the time was rather underrepresented in New York City. Focusing in the beginning exclusively on the presentation of works on paper, PBG turned quickly into an artistsa space for experimentation, site-specific installations and more. We are glad to say that the gallery was received with great enthusiasm by the New York downtown art scene and it attracted by now rather well known artist from around the globe. At PBG most of the featured European artist enjoyed their first solo exhibition overseas (Beat Zoderer, Katharina Grosse); local artists used the space for experimentation (Dan Walsh, Simon Ungers, Alan Uglow, Robert Fosdick)) and for others it functioned as a stopover in transit (John Nixon, Australia). However, deeply indebted to the artists, who supported this challenging enterprise, due to lack of sufficient financial funds the PBG had to close its doors at the end of 1997.

Since 1998, Tilman, PBGs curatorial advisor shared his time between New York and Europe and found a new base to continue these activities in Brussels, Belgium. In the meantime and before relocating to Brussels as well Petra Bungert worked for one year under Alana Heiss as Head of Administration on the re-opening of the renown P.S.1, Queens, NY. Upon Petraas arrival in Brussels another page turned and CCNOA (Centre for Contemporary Non-objective art http://www.ccnoa.org) opened its doors in autumn 1998 occupying a 250 m2 space in downtown Brussels. Despite the fact that for the first 4 years Tilman and Petra Bungert financed CCNOA with their personal income as well as with the help from family, friends and artists (funding from the Flemish community did not start until 2005), CCNOA hosted over 350 solo and group exhibitions by artists of international stature as well as emerging artists. In addition to its exhibitions of visual art, CCNOA implemented in collaboration with composer Guy de Bievre a program for experimental sound installations and a rich multidisciplinary exhibition program. Furthermore, organized 22 traveling exhibitions overseas (Australia, New Zealand, US) and in Europe (Austria, England, Netherlands, Switzerland, France, Norway) and published about 30 artist editions and catalogues. However, due to the sudden and unpredictable termination of funding from the Flemish Ministry of Culture, CCNOA had to close its doors from one day to the other in 2010.

d.a.c. was established at the beginning of 2014 and can be seen as a continuation of their activities over the past 20 years and is organized in cooperation with co-director Petra Bungert, former founder and director of CCNOA.

d.a.c. is situated in an abandoned, former military facility within the commune of Dolceacqua, Liguria, Italy. The newly renovated building is primarily Tilmans private studio (http://www.lookawry.com). However, 2 – 3 times per year the studio will host an artist-in-residence and will function as exhibition space and laboratory with an international exhibition program.

d.a.c. is located ca. 6 km outside of Dolceacqua in the Tramontina section on top of a hill with a splendid view over the Mediterranean Sea. Strategically well located on one of the Mediterranean crossroads with access to highways and train stations, Dolceacqua is situated within the vicinity of Monaco (ca. 30 km) and the French city of Nice (ca. 60 km) with its international Airport. Dolceacqua with its towering Castello di Doria and its unique bridge crossing the Nervia, its excellent restaurants and exciting summer festivals, has became over the past years an attractive place to visit.

First, d.a.c. is about shared experience(s), dialogue, collaboration and participation. As unique platform for true experimentation and research, d.a.c. aims towards a close cooperation between invited artists, the organizers, the commune of Dolceacqua and last not least the participating audience.

While recent developments and new tendencies within the realm of reductive art and in particular site-specific productions are d.a.c.s main curatorial focus, we will also introduce artistic positions beyond these perimeters.

In addition, d.a.c. will host short-term audiovisual projects and publish artist editions by the respective artists-in-residence as well as other invited artists.

d.a.c. is planning to invite 2 – 3 selected artists annually for a creative artist-in-residency (2-4 weeks), which will be concluded by a 1 – 2 weeks exhibition featuring the works produced on site during the residency.

An artist edition created especially for d.a.c. will accompany each exhibition along with a small full-color publication documenting the respective exhibition project.

Further, d.a.c. aims to organize at least one additional curated exhibition project per year and intends to resume its collaborations with other like-minded art-spaces and institutions from around the globe.

Last not least, d.a.c. aims to cooperate with the commune of Dolceacqua on the development and realization of additional projects (public works etc.) and to involve local businesses in these events.

However, this move to a new location also requires a new strategy tailored to the possible financial means, its location and further operational requirements. To support the continuum of these activities d.a.c. will establish a membership program by beginning 2016.