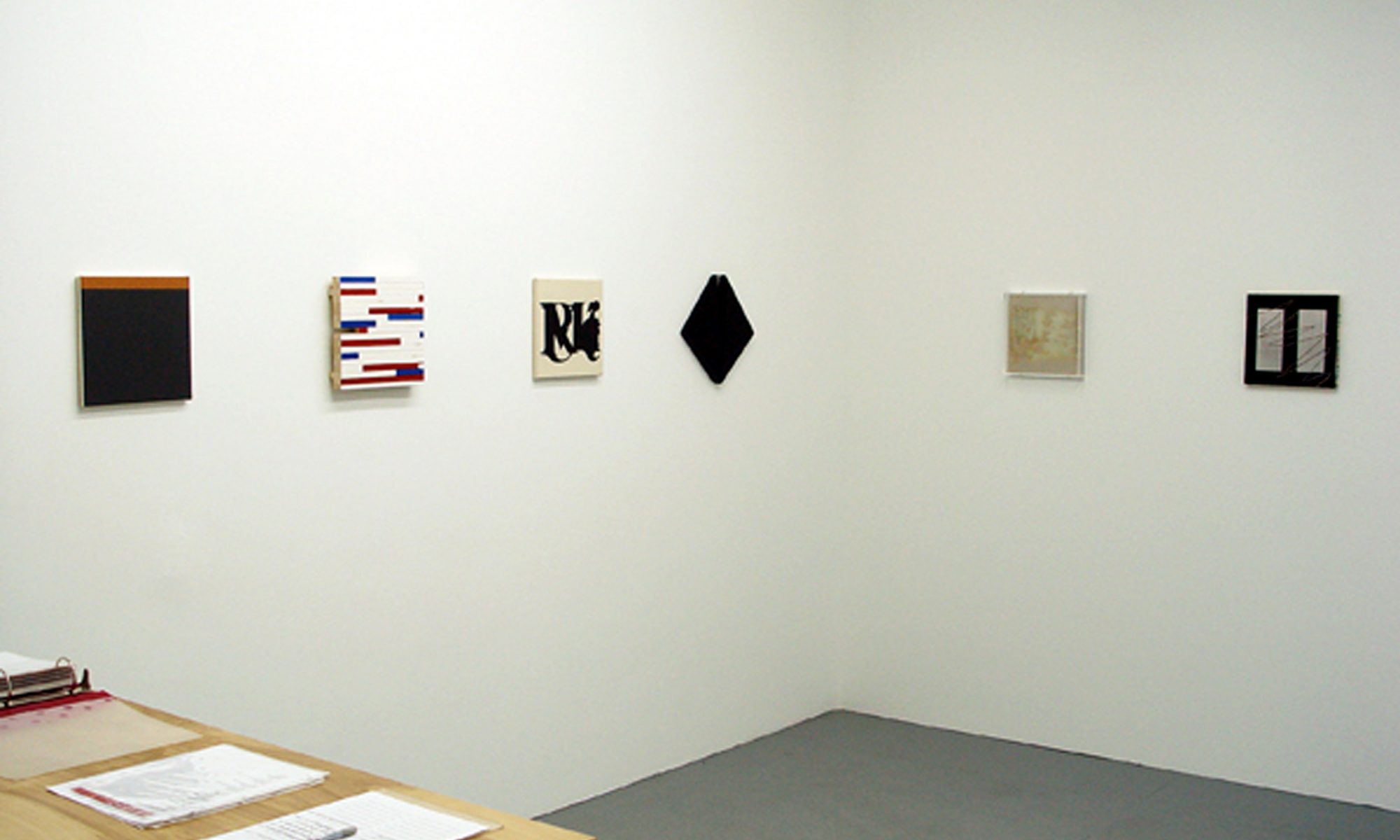 The concept for 30/30 was developed by German artist, curator and artistic director of CCNOA Tilman.A�Implemented in 2010, IAP comprises in the meantime over 100 artworks by artists from around the globe.A�The collection was previously administered by CCNOA (http://ccnoa.org) and is now handled byA�d.a.c.

But beware, 30/30 is not your usual exhibition scenario but a continually growing collective collection of unique small-scale artworks by artists we have cooperated with over the last twelve years as well as newly invited artists from around the globe. So yes, definitely a divergence from the modus operandi of the past but a mission which nonetheless remains faithful to the same underlying objective: to showcase the excitingly wide range and high quality of contemporary artistic production in the realm of reductive art at international level.

Since its title contains terms that may equally well refer to a variety of other subjects, we decided to examine them a bit more closely in relation to our intentions and to share our findings with you. You are free to add on. Just send your comments to dac.dolceacqua@gmail.com. After all, this is a collective enterprise as well as a work in progress, based on cooperation not only between the artists and us but also between us and YOU, the end user.

First leta��s look at the term 30/30 how much cytotechnologist make cheap pills .

30/30 simply refers to the exact size of the commissioned artworks, which is set at 30 x 30 cm with a maximum depth of 5 cm. Since the works dona��t have to take the format of a square a�� they can be triangular or circular a�� we inserted a slash instead of a times sign between the numbers. Just when everybody else is continuing to go bigger (despite the recession) or at least hang on to the status quo, we have decided to go smaller.

Why did we choose this precise format?

Firstly, choosing this size will enable us to travel 30/30 cost-effectively a�� all the works fit neatly into one suitcase (at least for now a�� and it will allow us to store the collection easily. Of course it wasna��t us who came up with the idea of a a�?portable museuma�?. Marcel Duchamp did that in the 1930s with his BoA�te-en-valise, a suitcase containing miniature reproductions of his work.

This, writes T.J. Demos, and his readymade constructions and installations for surrealist exhibitions in Paris and New York, all manifest, define, and exploit the terms of exile in multiple ways. Created while the artist was living variously in New York, Buenos Aires, and occupied France, during the global catastrophes of war and fascism, these works express the anguish of displacement and celebrate the freedom of geopolitical homelessness, with the a�?portable museuma�? representing a complex meditation a�� both critical and joyful a�� on modern arta��s tendency toward itinerancy.[2]

Even though none of us currently lives in exile and thus doesna��t necessarily experience the a�?anguish of displacementa�?, we very much identify with Demosa�� interpretation of Duchampa��s a�?portable museuma�?. It not only reflects our philosophical standpoint and itinerant/nomadic demarche but also allows us to address how artistic concepts and practices travel, and are communicated and shared at supranational level. After all, moving is leaving and moving light makes leaving easier.

Secondly, this format poses an unusual challenge to both the artists and the public:

Thirdly, since 30/30 is designed to grow exponentially, it will provide an almost infinite number of possible work constellations allowing us to create exhibitions in any size of venue as well as to cooperate with and/or integrate into already existing private or public collections around the world on an extremely modest budget. These constellations will automatically generate multiple readings, interpretations and new points of departure as well as an in-depth dialogue on the issues relating to reductive art.

So, how about the term image?

There are many definitions of the term image (from the Latin imago). In the context of reductive art the definition of image as a�?a tangible or visible representation of an abstract concept or mental conceptiona�? perhaps comes closest to our use of the term.

And while on the term image we would like to add that 30/30 was also born of our discontent with the photographic images documenting our activities over the past twelve years. No matter how good they are, they will always remain secondary source material, failing to reflect the range or complexity of our activities or to give rise to any experience as such. Hence our decision to set the record straight and to establish an archival collection of primary source material in the form of real images.

This brings us to the next term in the title, the term archive. An archive is usually defined as a collection of public records or historical documents, as well as the place in which they are stored.

Even though archives can take many different forms, they generally contain primary source documents that have accumulated over the course of an individuala��s or organizationa��s lifetime and have been selected for permanent or long-term preservation on grounds of their enduring cultural, historical or evidential value. Archival records are normally unpublished and almost always unique.

Even though, given its aim, accessibility, usage, ownership and portability, 30/30 diverges from the usual definition of archive, it could in some ways be compared to an archival collection of the type often found within libraries a�� like, for example, the New York Public Library with its exquisite collection of prints and artistsa�� books a�� or even historical societies or religious entities.

On to the remaining term project. A project is usually defined as a specific, collaborative enterprise involving research or design that is carefully planned to achieve a particular aim. To stay within the realm of art projects, we have the exquisite corpse, a method by which a collection of words or images is collectively assembled. Each collaborator adds to a composition in sequence, either by being allowed to see the end of what the previous person contributed or by following a rule a�� in our case the rules applied are a specific size and genre.

Now, if you look at the origins of the word cost of plavix in uk cheap pills project, things get a bit tricky. It comes from the Latin noun projectum and the Latin verb proicere, a�?to throw something forwardsa�?, comprising the prefix pro-, which denotes something that precedes in time the action of the next part of the word and iacere, a�?to throwa�?. The word a�?projecta�? thus originally meant a�?something that comes before anything else happensa�?. Initially in English it meant a plan of something, not the act of actually carrying this plan out. Something performed in accordance with a project became known as an a�?objecta�?.

So, since we have already produced sevenA�editions of 30/30, it has actually evolved from a project into an object. Are we stuck? Not really! 30/30 is constantly evolving and is therefore more or less a work in progress a�� a project a�� voila!

Well, thata��s enough of splitting hairs, right? We are sure you get the picture! So now go ahead, see for yourselves, educate your eyes and develop your senses: After all, seeing is a creative act. He who only looks doesna��t see. Seeing means reflecting, perceiving, and being aware. He who only looks doesna��t know. Seeing involves binding in all the senses a�� creating sense. [3]